Thanks to Social Media, Rare Progress on Rare Diseases 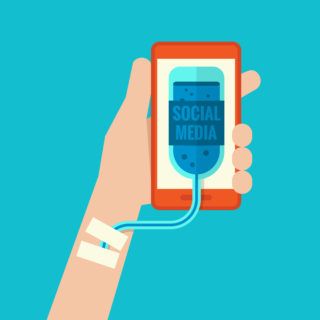 Thanks to Social Media, Rare Progress on Rare Diseases

Solving any disease is hard, but solving rare disease is a special kind of torture. Take everything that must be accomplished with any old disease—What causes it? Under what circumstances? Who does it affect? How can we prevent it or cure it?—and then toss in a scarcity of cases. When doctors don’t see enough patients with the same condition, just recognizing that there are commonalities between them is a major challenge. How do you put together a useful clinical trial with a few hundred patients when there might only be 50 people in the world with a particular disease?

That’s why any advance in how we identify and treat rare disease is cause for celebration. Recently, social media has been a big part of many of those advances. Patients with these diseases are for the first time able to reach across geographic and cultural borders to band together, giving critical mass to efforts like fundraising and clinical trial enrollment that might otherwise wither away. The same technology that lets us fund glowing plants or find fellow cake-decorating enthusiasts may turn out to be the weapon that takes down many rare diseases.

Corrie Painter was on the path to earning her PhD in biochemistry when she was diagnosed with angiosarcoma, a rare form of cancer inside the blood vessels that affects just a few hundred people globally each year. Fewer than a third of patients diagnosed with angiosarcoma will be alive five years later. Six years later, Painter has beaten the odds—but when she speaks about life immediately after diagnosis, one of the things she remembers most is searching online for other patients fighting the same disease. Most of the people she tracked down in these searches had already succumbed to the cancer. Rare disease is tremendously isolating, and patients like Painter learn quickly that few people can truly understand their story.

Today, the angiosarcoma community is vibrant and connected, due in large part to Painter’s efforts. She helped put together a Facebook group for patients or people interested in the disease; it now has more than 2,000 members. At a moment’s notice, they can offer advice to fellow patients, share the latest research news, agree to participate in trials, and more. Painter also cofounded a nonprofit, Angiosarcoma Awareness, that coordinates fundraising for the disease. By gathering the small world of people affected by angiosarcoma, she has made possible what no individual could do alone: raised significant amounts of money on a regular basis to accelerate research into the disease and potential treatments.

As the opportunity for building rare disease communities through social media becomes evident, many people are following the same path. Sonia Vallabh was diagnosed at age 27 with a genetic mutation that makes it a virtual certainty she will develop the same rare prion disease that killed her mother. She and her husband, Eric Minikel, launched a blogand a nonprofit called the Prion Alliance to spur fundraising efforts and provide a source of relevant news and updates for other patients with a range of prion diseases. In 2014, Techonomy covered the remarkable identification of the first several patients with a newly discovered disease; many of those patients were found after the first patient’s parents blogged about the unexpected diagnosis.

To be sure, advocacy groups successfully built rare disease communities long before social media existed. One organization, Genetic Alliance, has been particularly important in assisting rare disease foundations by providing much-needed resources and training in patient advocacy, clinical trials, and more. But as genome sequencing is used to solve more and more medical mystery cases, the rate at which rare diseases are being discovered is increasing.

These new diseases—seen in a single patient, or maybe a few patients—require every tool available to establish communities and resources for supporting patients and developing treatments. As more people sign up for consumer genomic services or online genealogy platforms that allow for connecting with other users, this kind of progress might occur even faster. Rare disease research has long been hobbled by the lack of funding from government agencies with broad mandates. As patients build real communities and organize their efforts, there is good reason to believe that many of these diseases can eventually be targeted and overcome.

The article was originally published at: http://techonomy.com/