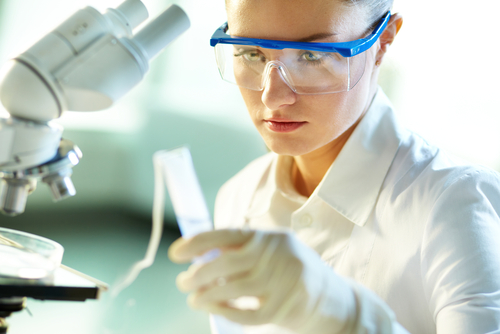 A study led by researchers at the Imperial College London in the United Kingdom was recently published in the journal Nature reporting the discovery of a gene involved in pulmonary hypertension pathology. The study is entitled “The zinc transporter ZIP12 regulates the pulmonary vascular response to chronic hypoxia.”

Pulmonary hypertension is a life-threatening condition characterized by the increase of blood pressure in the pulmonary arteries that supply blood to the lungs, leading to the gradual occlusion of pulmonary vessels, increased pulmonary vascular resistance and inflammation. Pulmonary hypertension can cause difficulties in breathing, right-sided heart failure and eventually death. It is estimated that the condition affects 15 to 50 individuals per million people. Patients have a poor prognosis and it is estimated that upon diagnosis of the disorder, they have a 30% chance of succumbing to the disease within three years.

Slc39a12 encodes a zinc transporter called ZIP12, which regulates zinc levels in cells. ZIP12 is not active in normal, healthy lungs although it is activated in the lungs of patients with pulmonary hypertension. Researchers found that ZIP12 has an increased expression in several cell types of remodeled pulmonary arterioles in rats, cows and humans susceptible to hypoxia-induced pulmonary hypertension.

Interestingly, suppression of the expression of ZIP12 in rats housed in a hypoxic atmosphere was found to have a protective effect against the development of pulmonary hypertension.

“Very little is known about the link between zinc transporters and cardiovascular disease. With this research we show that a gene involved in the way that zinc is transported within our cells is also involved in a chronic illness called pulmonary arterial hypertension. Our research provides a new opportunity to understand how pulmonary hypertension develops, and with this find new ways to treat this illness.” said the study’s senior author Dr. Martin Wilkins in a news release.

The team believes that suppressing Slc39a12/ZIP12 may represent a novel treatment approach for pulmonary hypertension that could potentially reverse or delay disease progression.

“This finding has important implications for people and animals living at high altitude where oxygen levels are low. Over 140 million people live above 2500m. It will help us understand why some people are more likely than others to develop pulmonary hypertension, and to develop new ways to tackle the condition.” noted the study’s lead author Dr. Lan Zhao.

“Pulmonary arterial hypertension (PAH), though uncommon, leads to substantially reduced quality of life and reduced life expectancy. It is currently incurable and new drugs are urgently needed to improve treatment,” said the Associate Medical Director at the British Heart Foundation (BHF) Dr. Jeremy Pearson. “Professor Wilkins’ group has found completely unexpectedly that a gene regulating zinc uptake into cells controls the development of pulmonary hypertension when oxygen levels are low, that the same gene is switched on in the lungs of people suffering from PAH, and that blocking it can protect rats from the disease. These exciting findings hold out the hope of designing completely novel drugs to tackle this serious disease.”

Patrícia holds her PhD in Medical Microbiology and Infectious Diseases from the Leiden University Medical Center in Leiden, The Netherlands. She has studied Applied Biology at Universidade do Minho and was a postdoctoral research fellow at Instituto de Medicina Molecular in Lisbon, Portugal. Her work has been focused on molecular genetic traits of infectious agents such as viruses and parasites.