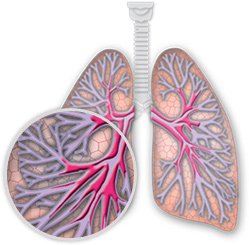 Researchers from Japan described ways to predict the progression and severity of pulmonary hypertension (PAH) in people with left heart disease. Their paper, a review of standard and emerging methods for assessing the lung disease, is titled “The Roles of Classic and Current Prognostic Factors in Pulmonary Hypertension Due to Left Heart Disease,“ and appears in the Circulation Journal.

PAH refers to high blood pressure in the lungs resulting from several diseases, including left heart disease. Currently it has no cure, but several medications are used to control symptoms. Improved methods for assessing its likely prognosis would greatly aid in the selection of treatments for patients.

According to the authors, “Renal dysfunction and anemia are classic prognostic parameters in patients with chronic heart failure (HF) including [pulmonary hypertension]. The triangular relationship among these disorders is also known as the ‘cardio-renal-anemia syndrome.’ Each one of these problems can worsen the others, making a vicious triangle. People with PAH should be assessed for these additional medical conditions in order to predict possible clinical outcomes.”

The authors noted that properties of blood circulation, known as hemodynamic state, remain one of the most crucial indicators of clinical outcomes in people with left heart disease and PAH. This includes right heart catheterization, but also specific biological markers, including B-type natriuretic peptide, eGFR, and hemoglobin. The researchers pointed out that based on a recent study, these markers are superior when compared to other biomarkers, such as diastolic pulmonary pressure gradient, transpulmonary pressure gradient, and pulmonary vascular resistance.

Hirashiki and colleagues are confident that improvements in predictive assessments for PAH in people with left heart disease are just around the corner. They concluded, “We believe that the day is coming soon when clinically useful prognostic markers, regardless of invasive and noninvasive examination of patients with PH due to [left heart disease], will added to current predicted markers. Clinicians will ultimately draw on a broad array of clinically useful, validated biomarkers – classic and current, invasive and noninvasive.”