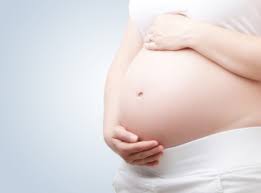 Pulmonary hypertension (PH) is a rare, life-threatening disease that affects the pulmonary arteries, the lungs, and the heart. Patients who suffer from the disease have narrow and obstructed pulmonary arteries — the vessels responsible for transporting blood from the heart to the lungs. As a result, the heart has to work harder to properly pump blood and becomes overstressed, often resulting in an enlarged and weakened heart. In severe cases, pulmonary hypertension can cause a total blockage of the pulmonary arteries and right heart failure, when the right ventricle loses its capacity to pump blood to the lungs.

The disease can occur in people of all ages, races, and ethnicities, but it is more common among women, and often in younger female than male patients.

Many factors influence the progression and mortality of pulmonary hypertension, and pregnancy is one of the variables that can have a greater impact in patients who suffer from the disease, since the heart and circulatory system of pregnant women is in constant stress. Given the higher incidence of PH in women, the risks of pregnancy in a PH patient for both the mother and the baby were widely investigated and analyzed by researchers and physicians.

During pregnancy, women’s blood volume increases between 30 and 50 percent compared to its normal amount to nourish the baby. This increase in the amount of blood that needs to be pumped from the heart creates increased stress on the organ and circulatory system.

Every pregnant woman’s heart — even in women who are completely healthy — becomes overloaded with work during pregnancy and even more so during labor and delivery. In a patient who suffers from pulmonary hypertension and whose heart is already under stress, the risks are particularly high and could result in the death of the mother.

The study “Pregnancy in women with pulmonary hypertension,” published in the Netherlands Heart Journal, demonstrated that women with pulmonary hypertension have a high risk of morbidity and mortality during pregnancy. Heart failure can occur due to the body’s incapacity to raise cardiac output, along with other risks such as hypercoagulability and a decrease in systemic vascular resistance.

According to the study, “There is no proof that new advanced therapies for pulmonary hypertension decrease the risk, though some promising results have been reported.” As a result, there are high mortality rates associated with pulmonary hypertension and pregnancy, and women who suffer from the disease are advised against getting pregnant.

Management of Pulmonary Hypertension and Pregnancy

The review article “Pulmonary Hypertension and Pregnancy: Management and Outcome” in the journal Pulmonary & Respiratory Medicine states: “Normal physiologic changes that occur during pregnancy may produce fatal consequences in PAH patients. Current guidelines recommend that pregnancy be avoided or terminated early in women with PAH. During the past decade, new advanced therapies for PAH have emerged leading to reports of successful pregnancies in patients with pulmonary hypertension.

“Substantial risks still exist, and current recommendations have not changed; nevertheless, in selected cases, if a patient insists on continuing with the pregnancy despite full awareness of the risks, an intensive treatment approach should be implemented in experienced medical centers to improve the outcome.”

New treatments for pregnant PH patients have been developed in recent years, and although this has not changed guidelines on pregnancy in PH women, the treatments are helping to manage the disease. Patients and physicians need to be aware that the symptoms of the disease are nonspecific in pregnant women. Imaging is not recommended, while pulmonary artery catheters may be replaced by goal-directed bedside echocardiograms and lung ultrasonography.

In addition to fluid resuscitation and various vasopressors that may be used to prevent complications, anticoagulation for pulmonary embolism, and supportive care for amniotic fluid embolism, the basic principles of pulmonary hypertension management should be followed.

Potential Problems for Babies from Moms with Pulmonary Hypertension

Researchers agree that consulting and being followed by a multidisciplinary medical team is key to increasing the outcomes of both mother and baby. Besides the risks for pregnant women who suffer from pulmonary hypertension, risks also exist for the baby.

If the mother suffers right heart failure before the full development of the baby, the lives of both are at risk. The baby may also develop persistent pulmonary hypertension of the newborn (PPHN), a disease caused by a failure in the conversion from the pattern of fetal or antenatal circulation to the normal pattern.

Since pulmonary hypertension is sometimes an inherited disease, the child may also suffer from it later in life. In order to prevent complications, the mother should commit to prenatal appointments, take the prescribed medication, rest often, monitor her weight, reduce anxiety, and avoid smoking, alcohol, illegal drugs, and other factors that may harm her body and the baby.

The mother’s medical team will likely conduct regular echocardiograms to analyze her heart, and electrocardiograms to record the heart’s electrical activity, as well as ask for frequent blood and urine tests. The routine ultrasound exams that are used to monitor the baby’s growth may also be accompanied by specialized ultrasounds to detect fetal heart abnormalities.