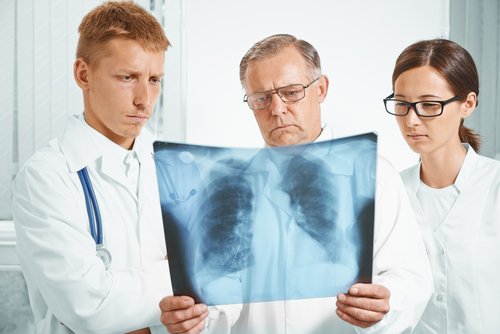 A recent study suggests that RNA fragments called microRNAs (miRNAs), long thought of as genetic “junk,” actually control the production of endothelial cells, whose over-proliferation is responsible for the development of pulmonary hypertension (PH). The study, published in the Experimental Biology and Medicine journal, is titled “microRNA-125a in pulmonary hypertension: Regulator of a proliferative phenotype of endothelial cells.”

PH is a disease characterized by narrowed blood vessels in the lung airways, resulting in elevated pulmonary arterial pressure. The disease is caused by uncontrolled proliferation of endothelial cells, which alters the thickness and morphology of the smooth muscle in lung airways. This over-proliferation and smooth muscle cell build-up result from the dysfunction of growth factor receptors and regulator proteins in the cell cycle, particularly triggered by low oxygen levels. Some studies have shown that a dysfunction of the growth factor called BMPR2 is controlled by miRNAs.

In this study, researchers hypothesized that miRNAs could influence cell cycle regulators, and using an approach based on a computational prediction program, they identified a promising candidate molecule called miR-125a induced by low oxygen concentrations.

A series of in vitro and in vivo experiments were performed to verify the hypothesis and the role of miR-125a in pulmonary smooth muscle cell proliferation. The results suggest that inhibiting the expression of miR-125a in cultured endothelial cells reduced their proliferation. This was confirmed in vivo in a mouse model with hypoxia-induced PH. When the mice were exposed to low oxygen concentrations (10%), they experienced increased pulmonary pressure followed by the vascular and right ventricular sequelae of PH. In turn, this induced elevated levels of miR-125a in the lung tissue of these mice compared to control mice given normal oxygen levels. In contrast, miR-125a levels were lower in the bloodstream of PH mice and also found to be lower in a small cohort of PH patients.

“These studies by [Dr. Matthias] Brock and colleagues should lead to future studies to determine whether decreased levels of miR-125a in the blood will have prognostic value for patients with pulmonary hypertension,” said Dr. Steven R. Goodman, editor-in-chief of Experimental Biology and Medicine.

The study findings indicate that miR-125a plays an important role in the development of PH and may help to explain the over- proliferation of endothelial cells seen in the pulmonary smooth muscle of PH patients.

The article was originally published in Pulmonary Hypertension News.