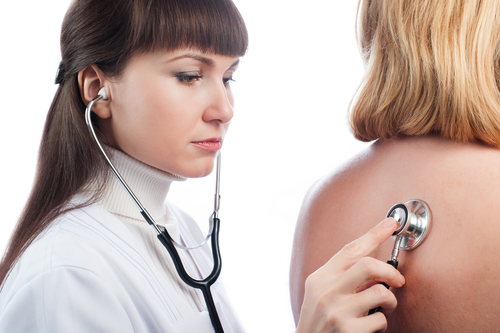 Sickle-cell anemia (SCA) is a blood disorder that changes the shape of red blood cells (hemoglobin), which carry oxygen throughout the body. This induces several symptoms like sudden pain in the chest/joints, fatigue, dehydration, dizziness, fever, urinary problems, yellowed skin, infections, and vision problems. There is no known cure for SCA, but the disease can be managed by means of medications, blood transfusions, and bone-marrow transplant in rare situations.

About 300,000 children are born every year with a form of SCA, mostly from African and West Indies origins. Pulmonary hypertension disorder is identified by narrowed blood vessels, which induce increased blood pressure in the pulmonary artery or veins. This makes it harder for the heart to pump blood throughout the lungs, resulting in right heart failure and even death in extreme cases. Symptoms of PH may include shortness of breath, dizziness, inability to exercise, leg swelling, and chronic cough. Like SCA, PH has no known cure, but the illness may be managed via medications, oxygen therapy, and lifestyle changes to ease the symptoms. On the other hand, lung transplantation can cure PH, but serious complications may occur, leading usually to lower survival rates.

A number of risk factors have been identified as causing PH, including genetics, toxins, and associated medical conditions such as chronic kidney failure on dialysis, congenital heart disease, and infections. In a recent published study, researchers suggest that PH may also be caused by SCA.

In the study, a total of 125 patients aged between 16 to 60 years with verified SCA were monitored for a period of 15 months. The observation period was performed by recording demographic backgrounds as well as their clinical, hematological, and routine biochemical data. In addition, patients were given a six-minute walk test and examination of their heart and blood vessels was performed using Doppler Echocardiography, a method designed to measure pulmonary pressure by estimating tricuspid regurgitant jet velocity (TRJV). For the test, normal blood flow corresponded to TRJV below 2.5 meter/second, mild-moderate for TRJV between 2.5 to 3.0, and severe TRJV higher than 3. The results showed that patients with abnormal TRJV were the oldest individuals experiencing severe anemia, higher levels of an enzyme called lactate dehydrogenase released during tissue damage, substantial numbers of immature red blood cells named reticulocyte, and increased incidence of death.

During the study, 10 patients died, of whom 7 had TRJV higher than 2.5. Also, a patient’s age was found to play key factor in normal or abnormal TRJV and 30 years was determined to be the cutoff age. The survival rate of patients was also associated with levels of breakdown product in the creatinine muscle, of which higher levels above 1 correlated with reduced survival rate if compared to patients with lower creatinine and normal TRJV.

In summary, it was shown that patients with SCA who are older than 30 and have elevated levels of enzyme lactate dehydrogenase, high TRJV, severe anemia and large amounts of creatinine above 1 may be at risk for developing PH and should be tested by means of right heart catheterization technique in order to initiate the appropriate therapy.