7 Diseases That May Cause Pulmonary Hypertension

Home Medical News 7 Diseases That May Cause Pulmonary Hypertension 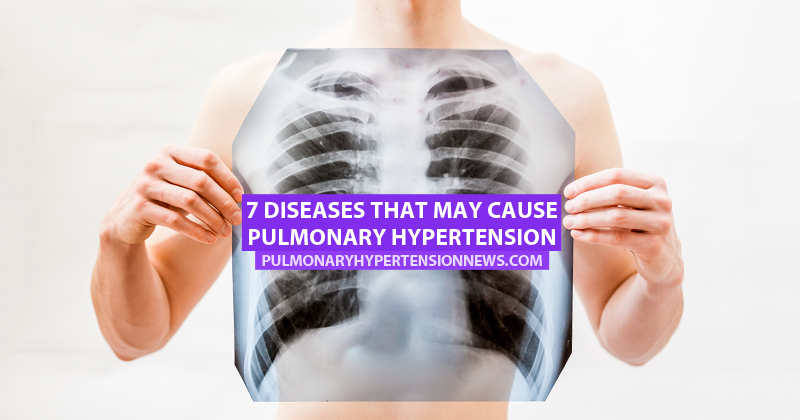 7 Diseases That May Cause Pulmonary Hypertension

Lupus
Lupus is an autoimmune disease that can attack any part of the body causing inflammation, including the lungs. While it hasn’t yet been established if lupus is a cause of pulmonary hypertension, the two diseases can coexist. Interestingly, although lupus tends to strike women of color more than white women, it is white women with lupus who are more likely to develop pulmonary hypertension.

Sarcoidosis
Sarcoidosis can affect any organ but is more likely to affect the lungs and lymph nodes in the chest. The disease affects the immune system’s ability to deal with inflammation, instead of attacking the source of the inflammation. Some of the cells in the immune system in sarcoidosis patients actually form clumps called granulomas in the organs which affect the way the organ operates. If this happens in the lungs, it can lead to the development of pulmonary hypertension. (Source: National Institute of Health)
Hypoxia is a condition where the body has depleted levels of oxygen. The organs in the body are not able to function properly if they don’t receive enough oxygen and in the case of the lungs, this can lead to an elevated blood pressure level.

Hypoxia can be caused by various conditions, some of which can be quick like a heart attack or altitude sickness, and others can occur slowly over time by diseases such as anemia or other lung conditions. (Source: news-medical.net).

Sleep Apnea
Sleep Apnea is one of the most common causes of pulmonary hypertension. It’s a condition where a person will periodically stop breathing while they sleep often due to the airways being blocked. It’s known to contribute to cardiovascular and high blood pressure problems. People are often unaware they have sleep apnea and it is often down to a partner or family member to point out that they may have a problem. Sleep apnea is more common in people who are overweight. (Source: National Institute of Health)

COPD
Chronic obstructive pulmonary disease (COPD) is a lung disease where the air sacs at the ends of the alveoli (branches in the lungs) become damaged. This leads to less oxygen being delivered to the blood stream and less carbon dioxide being removed from the blood stream.

Scleroderma
Scleroderma is another autoimmune disease that can affect any part of the body. Scleroderma is a disease where a person produces too much collagen which causes thickening and scarring. When this occurs in the lungs, it can increase the blood pressure.

Although scleroderma is a rare disease, around 10 percent of patients go on to develop pulmonary hypertension as their disease progresses, usually after five to 10 years.

Liver Transplant
Patients who have undergone a liver transplant or are waiting for one are at an increased risk of developing pulmonary hypertension. Advanced liver disease can cause high blood pressure in the veins which lead to the liver which can set off the onset of pulmonary hypertension. This high blood pressure in the liver’s veins is not reversible once the patient has a liver transplant.